Man, I love how Pete Greig describes the vision God has put in his heart for the youth.  This is what we want to see here in Romania.

The following words (taken directly from the 24-7 Prayer website) differ slightly from the video:

So this guy comes up to me and says, “What’s the vision?  What’s the big idea?”  I open my mouth and words come out like this…  The vision?

END_OF_DOCUMENT_TOKEN_TO_BE_REPLACED

An Evening with Gypsies

Bucureşti is strange. On one street, things can look just like Madison or Milwaukee. Then you go over one street, and there’s a Rrom family living in a house that seems to have been dropped in from Haiti.

Yesterday afternoon, we had a wonderful time with a couple Rrom families living just 10 minutes from us.  They’re mostly Christians, love their kids, and have fairly strong families.  We met with them for a couple hours for a short Bible study.  We had a wonderful evening.

END_OF_DOCUMENT_TOKEN_TO_BE_REPLACED

This morning, as I was praying, I had 2 Corinthians 5:21 come to my mind.  I spent the next hour and a half talking with God simply about that one verse alone.  It truly is an amazing and powerful scripture.

2 Corinthians 5:21 – “He made him who knew no sin to be sin on our behalf, so that we might become the righteousness of God in him.”

END_OF_DOCUMENT_TOKEN_TO_BE_REPLACED

As part of my Romanian cultural immersion, I have been trying to learn more of their history, watch their TV shows, listen to their music, read their newspapers, even read their translation of the Bible.  Some of it helps me learn the language better.  Some of it is just a nice break from other language studies.  Some of it is really a good education on what it means to be Romanian.

Jason recommended the video “King of Communism.”  If you haven’t seen it yet, check it out.  It’s a really good look at the last of Eastern Europe’s communist dictators:  Nicolae Ceausescu. 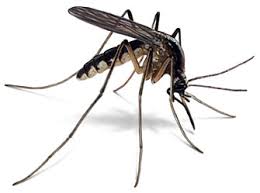 So, now that I’ve spent two months in Romania, I can safely do a post about the differences between Romanian and Wisconsin mosquitoes.

When I first encountered Romanian mosquitoes, I was misled by their small size.  They looked so tiny in comparison to the giant flying behemoths we harbor in Wisconsin, like defenseless little babies.  But cute and cuddly they are not.  They may be small but, believe me, they’re wiry.

END_OF_DOCUMENT_TOKEN_TO_BE_REPLACED

When we arrived at Buşteni, all we knew was that we wanted to show Jake Martin the mountains of Romania and that there was a mountain to our right and a trail that went up it.  Where to find the trail, how long it was, how much the elevation increased, where we could camp at the top….  We didn’t know any of that.  But a friendly guy selling raspberries directed us towards Hotel Silva,

and there a random guy standing with a map directed us towards the “Blue Cross Trail” that would take us to the top and then it was “just four hours” to a place where we could camp.

We learned later it’s called the “mici” (small) trail.  Small in this case does not mean what you probably think it means.  It means “straight up the mountain at 80-degrees.”

But we didn’t know that at the time.

END_OF_DOCUMENT_TOKEN_TO_BE_REPLACED

Thanks, Mom… and Dad, too

This’ll be a quick post ’cause I’m definitely tired right now.  I spent the last 32 hours watching my nieces (7, 5, and 3 years old).  They’re awesome, mostly well-behaved, super funny, and I love ’em a ton.  But they’re a lot of work.

For starters, 200 lei really isn’t as much money as it sounds like.  It’s not $200 but more like $50.  We spent a third of it at McDonald’s getting Happy Meals.  Another third went to getting a DVD (okay, two DVDs).  And then it was a couple fresh-squeezed orange juices, make-your-own pizzas, tram rides, bottles of water, and art supplies later, and that 200 lei is completely gone.  So there went the baby-sitting money.

END_OF_DOCUMENT_TOKEN_TO_BE_REPLACED

Sharing the gospel, fighting cockroaches, and surviving without Facebook

The last few days have been interesting here in Bucureşti.  It started with losing our internet connection, then a massive influx of cockroaches, and then lots of days out on the streets sharing the gospel with Jake Martin.

I’ve known Jake for about two or three years, and he’s definitely an awesome man of God. In the states, he was nicknamed “The Evangelism Machine” or simply “The Evangelist” for obvious reasons. Due to a funny mistranslation fo the nickname, we started calling him the “Evangecar” or “Evangemobile” during his two weeks with us.

We decided to put our language-learning on hold and go hardcore with evangelism while Jake Martin was with us. We spent almost every afternoon out on the streets. We passed out tons of tracts, spoke to dozens of people, and watched God at work outside the church buildings. Man, it’s been an exhausting and exhilerating week, and we’ve got Jake for another seven days! Praise God!

END_OF_DOCUMENT_TOKEN_TO_BE_REPLACED

I used to think tracts were a cop out

I know a couple guys who became Christians after reading a gospel tract.  One of them woke up after a hangover, opened his eyes, and saw a tract in a gutter; it changed his life forever.  Another friend of mine was handed a tract that said, “Hey, why do you keep blowin’ me off?” and showed a picture of a finger pointing out of heaven.  He was handed the tract but put it on his desk where he promptly tried to ignore it.  But every morning, he saw it there, and it was like God was asking him, “Why are you blowing me off?”  Eventually, he surrendered.  Now, all because of a tract, he’s a pastor.  I know of ministries that major on tracts, passing out thousands and thousands every year and seeing people come to Jesus.  Every Home for Christ has reached hundreds of thousands this way.  Gospel For Asia, too.

But I had always looked at it as kind of a cop out.  Like, if you weren’t brave enough or radical enough to actually talk to someone, you’d sheepishly give him a tract instead.

But the reality is that passing out tracts is distributing the gospel in written form, and it’s a super inexpensive way to just get the word out there in a short time to a lot of people.